Christian Goldbach, Prussian mathematician. Probably most famous for the Goldbach conjecture, one of the oldest unsolved problems in mathematics:

Every even integer greater than 2 can be expressed as the sum of two primes. 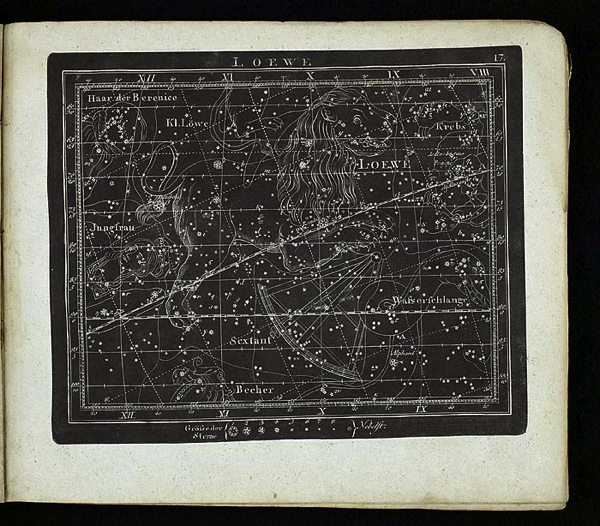 The constellation Leo, with figures
Thumbnail image from The Linda Hall Library

The atlas was printed with white stars on a black background in two pressings: the first pressing had the stars only, as you would see them in the night sky. On the second pressing, annotations and figures of the constellations were added, as seems to have been customary with star-charts of the time.

Neuster Himmels was Goldbach's only astronomical publication. The Linda Hall Library of Science, Engineering, & Technology in Kansas City, Missouri has plates from the first edition of the atlas viewable online. You can see the charts as fairly large images both with and without the figures.