I remember setting up the Multo blog a few years ago: my first blog explicitly meant for public consumption. On the "Follow" widget -- the button that allows readers to follow a blog via email notifications -- there is an option to show the count of the blog's followers. 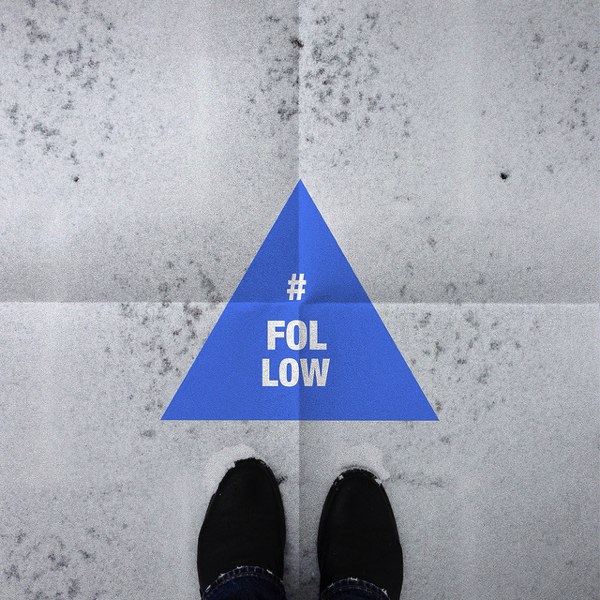 My first reaction: why would I want to do that?

It's an insecurity reflex, of course, one left over from high school. I was never one of the popular or cool kids, though I was lucky enough not to be one of the pariahs, either. Like most of us, I flitted on the edges of the cool circle -- the very outer edges, in my case -- once in a while being noticed, mostly not. As my life, so will be my blog, my mind said. Why would I want to advertise my obscurity to the world?

The thought process wasn't admirable, but perhaps the instinct was correct. Peter Sheridan Dodds (who blogs at the Computational Story Lab) had an article in Nautilus last year, about the mechanics of fame and internet popularity. One of the interesting points in the article was an experiment that Dodds and his colleagues conducted, about music popularity. Several thousand internet participants were given 48 songs to listen to, rate, and download. The participants were assigned to one of nine treatment groups. In the control group, the participants were given no indication of how many other people had downloaded the song (a measure of popularity); in the other eight groups, the users had access to that information. The researchers then compared how the songs ranked in the different groups.

More details are in the article, but the takeaway was that people will gravitate to what they know other people like. The stronger the popularity signal, the more popular the already-popular became. And compared to the "innate" quality of the songs (as measured by the control group), a song's popularity was determined more by what the early raters liked. In other words, early popularity was governed largely by luck: whether the "right" listeners got to the site first. Early popularity begat later popularity, and the early "uncool kids" never got a chance to catch up.

So wouldn't the converse be true? If you want to be popular, avoid looking unpopular. To get back to my blog anecdote: if you want people to follow your blog, don't let them know you have only ten followers so far. Once you have five hundred followers (or whatever is a suitable number), then advertise it; more people will follow you.

This piece of advice is just speculation. I haven't read the research paper from Dodd and colleagues, so I don't know whether their findings support my conclusion. I haven't run the experiment, either. But life gives us anecdotal evidence to support me. People tend to avoid empty restaurants or coffee shops; they will stop for street performers who have attracted a large crowd, and pass by the performers who are ignored by others. The instinct isn't necessarily wrong (maybe there's a reason no one eats at that sushi joint), but it's not necessarily right either, for example when you pass up a restaurant on Yelp that is well-rated but with a low review count, in favor of one of similar rating, but with more reviews. Maybe the disparity in reviewer count is due to a difference in quality; maybe it's just due to the relative popularity of the restaurants' respective neighborhoods.

Even if I'm right, it doesn't help much. Facebook's timeline display algorithm and Google's search rankings are aggressively rich-get-richer, and it's probably impossible to hide your friend/follower count on either Facebook or Twitter (it is, or at least once was, possible on Google Plus). I'm sure influence services like Klout just exacerbate the situation.

If your livelihood depends in some way on your social media presence -- if you need it to promote your music, your book, your company or your career -- then by all means, game it as best you can. Tweet often, blog regularly, post pictures of cute kittens if it helps keep your visibility up. Good luck to you. If your blog or social network presence is just entertainment, a hobby or side interest (like Multo), the effort to stay visible may or may not be worth your time.

It can be frustrating to tweet or post something and have it seemingly disappear into the void. It can be irritating to see blogs seemingly not so different from yours take off, while yours doesn't. That's not necessarily a reflection of your content. Timing and luck have a lot to do with it, too. This shouldn't need saying, but it's easy to forget. The effort I mentioned above also has a lot to do with it. If you aren't willing or able to do the social network tuning (post on a schedule, time your posts and tweets for the right time of day, interact regularly with the other bloggers or tweeters that you follow, and so on), then your numbers will likely suffer. Be okay with that.

All those other virtuous qualities, like hard work and perseverance, work because the more you are out there and the longer you're out there, the more likely that you will experience luck and good timing. The Win-Vector blog has quite a respectable readership, despite a relatively low-level social networking effort, simply because for over five years, we (mostly John) have posted at least one article a month, usually more, every month. For five years. That's a lot of articles. They aren't all easy to read, they only occasionally go viral, but they are there, and people read them. And they're quality articles, so people share them. That's really all we can ask.

Oh, and by the way: it's probably safe for me to make Multo's follower count public; I think it's gone above the "uncool kid" level. But I still don't, just on general principles.

Homo Narrativus and the Trouble with Fame: The Dodd's article I mention above. In addition to the music study, the article also questions the idea of the highly connected "super influencer" in social networks. To get back to my high school analogy: you are more likely to be liked and talked about if you are friends with many moderately popular kids, rather than friends only with the cool kids.

Why You Truly Never Leave High School: The title says it all. And here's the counterargument.

Blog Posts: Write for Today, or for the Someday?: An old Multo post, a meditation on two different mindsets on blogging. Are blogs ephemeral, or are they archival?

The image above is by Morid1n on Flickr, shared under a Creative Commons License.